The recording connects their own musical style with top-notch American instrumentalists, as well as the past with the present. The title of this ambitious musical feat, that the Slovak musicians worked on for the past two years, is Singing to You.
Článok je dostupný len v angličtine.

The purpose of this project is to make Walt Whitman's poetry a gate into a new musical world. It's a proof that even over a 100 years after his death, this great American poet hasn't ceased to inspire artists, poetry readers and admirers of profound art.

The duo of musicians and producers Robert Pospiš (vocal) and Martin Sillay (guitar) are joined by a Slovak singer living in the States, Hanka Gregušová (working under the moniker Hanka G), the esteemed Slovak saxophone player Nikolaj Nikitin and a trio of unique American guests, bass player Stanley Banks, pianist and keyboard player John Peters and drummer Taru Alexander. They are truly among the top of the class in the American jazz scene. In the past, they have worked with artists in the likes of Alicia Keys, Etta James, Aretha Franklin or George Benson.

This Slovak-American cooperation in The Samurai Hotel Recording Studio in New York is a unique recording combining fusion jazz, blues, soul, folk and experimental music. The album is being released this fall under Real Music House. 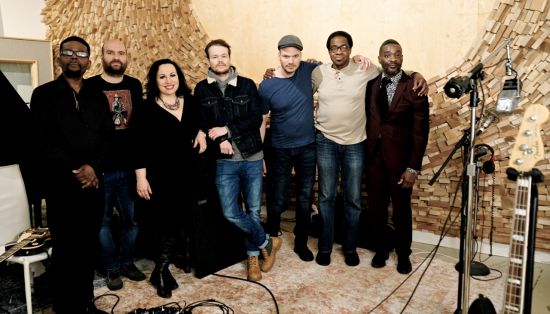 The main pillar of this exceptional international project is poetry by the great American poet, Walt Whitman, but it is sung in the Slovak language. Martin Solotruk, respected Slovak poet and Ars Poetica director, took it upon himself to translate the original poetry. Lyricist Robert Pospiš entrusted Solotruk with over two dozen selected fragments from Whitman's work.

Walt Whitman's poetry is widely known around the world and Slovakia is no exception. The fact that his poetry books are close to being sold out speaks for itself. This Slovak-American recording will not only captivate listeners, but also lovers of poetry and well-written lyrics.

You can catch a live performance of this project at the International Ars Poetica Festival on Saturday, November 17, at 9pm at Café Berlinka SNG.